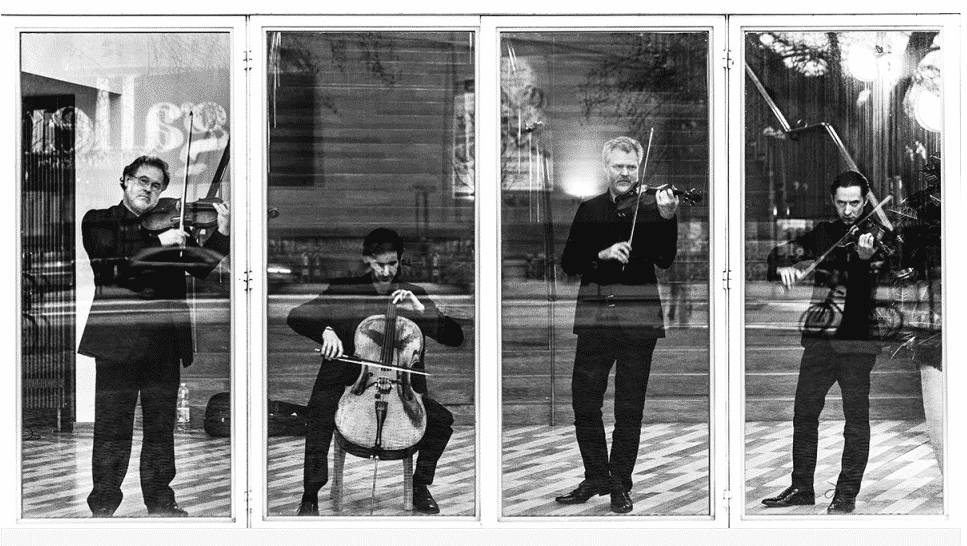 Was born in Romania in 1981. He started studying the violin with his father at the age of 4 and at 8 had already played his debut with the local orchestra.He completed his musical studies at the “G. Enescu” High School and National University of music in Bucharest.In 2003 he moved to Paris to pursue his education at the Conservatoire Superieur in Paris with Olivier Charlier, Gerard Poulet and Jean Jacques KANTOROW.

Numerous invitations have taken him around the world playing chamber music, recital and concertos in Germany, Italy, Holland Ukraine, Russia, France, Belgium, Denmark, United States, Japan, and he had the chance to perform with artists such as Dmitry SITKOVETSKY, Haruko Ueda, Jean Philippe Collard, Gilad Karni, Jiri Barta, Bella Davidovich, Hamish Milne, Henri Demarquette to mention just a few.He made his Paris debut with the three Brahms Sonatas at Salle Gaveau in 2006 and in New York at the Scandinavia House in 2007 .

Eugen plays a violin by Domenico Montagnana, Venise 1731 kindly lent to him by the ” Augustinus ” Foundation .

John Bak Dinitzen, 2. violin
John Bak Dinitzen has played in the first violin section of the Copenhagen Philharmonic Orchestra since 1988. John has been an active chamber musician, primarily in the Artium Quartet, the Louisiana Museum Art Ensemble and the Dinitzen Trio, giving concerts both within Denmark and abroad.

Already at the age of 12, John, together with his two siblings won the Berlingske Music Competition with the Dinitzen Trio. John has performed as a soloist both with Tivoli’s Symphony Orchestra and with the Louisiana Museum Art Ensemble. John studies at the Royal Danish Academy of Music with the principal violinist Pierre Amoyal in Paris. He studied chamber music with many prominent artists, including Milan Vitek, William Pleeth, The Beaux Art Trio and Mstislav Rostropovich.

Bernd Rinne, bratsch
Bernd Rinne, viola, became the Principal player in the Copenhagen Philharmonic Orchestra in 1998.
Before coming to Denmark, he lived as a chamber musician, soloist and composer. He was a founding member og the Haba Quartet in 1983. For many years, the Haba Quartet performed countless concerts and broadcasted in radio and television.

As a soloist, Bernd has performed with the Copenhagen Philharmonic Orchestra as well as various orchestras internationally, with many og thee performances being used for radio broadcast. Altogether, through the years, 42 composers have dedicated their works to Bernd Rinne.

Richard Krug, cello
Richard Krug, cello, has since his arrival in Denmark in 1998 earned great respect as the principal cellist of the Copenhagen Philharmonic Orchestra, and also established himself as a very popular chamber musician and soloist.
He is educated from the soloist class of Hochschule der Künste Berlin, where he studied with Prof. Markus Nyikos and made his debut as a soloist in 1997. Masterclasses with Siegfried Palm, Melos-Kvartetten, Lassalle-Kvartetten, Alban Berg Kvartetten a.o. and for several years principal cellist in Junge Deutsche Philharmonie.

Has been employed in Deutsche Oper Berlin. For several years a member of the Minguet Quartet in Cologne. The quartet has won many international awards, has toured Europe and made lots of broadcasts and CD recordings. Richard Krug has performed with the quartet and as a soloist at Salzburger Musikfestspiele, Oberstdorfer Musiksommer, Dresden Musikfestspiele, Schleswig Holstein Musikfestival and many other festivals.

Richard Krug is also known as a skilled arranger, his last productions have been The Medley for sopran and celloensemble based on Porgy & Bess (2005) and Á la maniere de Carmen Une Anthologie pour dix Violoncelles (2006).

Concerto for Stringquartet and orchestra op. 131